How much should you pay social media influencers?

Within the world of marketing, we all know how powerful word-of-mouth recommendations are and especially from friends and family or even from people you may admire.

In an industry that is constantly evolving, we are challenged by questions surrounding influencers and influencer marketing.

As we navigate through understanding the power of influencer marketing, we question what the price tag should be and if it reflects the desired value of investment.

It is no secret that whilst there may be a guide, it is not necessarily a ‘one size fits all’ model but a good starting point to understanding the potential budget you may need to set aside. But before that, determine your objective from the partnership and then do some competitive research on a few potential influencers.

It’s important to have a clear vision of what you want because it will most definitely play a part in determining the price tag.

There maybe some questions you would want to get answered before engaging influencers such as:

One of the most important factors to consider in determining how much you should be paying social media influencers would be the social media channel. Each channel differs from the next and the number of followers may not always be what affects the price tag.

Facebook is the world’s leading social media channel with over two billion active users since the beginning of 2020. With such a large audience, the potential of your reach is phenomenal and as a result, the average price for a Facebook post from an influencer is often around $25 per 1000 followers for each post.

Something to bear in mind is that influencers determine their own prices and can charge more as other factors may be taken into account.

Whilst Facebook is at the top of the chain with the most active users, Instagram is not far off with over a billion users themselves. An advantage that Instagram has over Facebook is that it is the most popular channel for influencers and reportedly 90% of the overall number of active accounts follow a business on Instagram.

With the rising popularity for sponsored ads and Instagram partnerships, the prices have seen an increase in certain brackets of following.

Even though Twitter overall has a smaller audience compared to Facebook and Instagram, brands still use this platform to engage with their target market but it doesn’t have to come with the large price tag.

The lowest influencer marketing cost has been an average of $2 per post, per 1000 followers.

With over 350 million users on Snapchat, you would think that the average price for influencer marketing would be on par with Facebook and Instagram but the average charge is around $10 per story, per 1000 followers. However, the price guide is sometimes determined by the view count for each story as the number of followers is private.

The average cost for an influencer on Youtube is around $20 per video, per 1000 subscribers but this price guide could vary dramatically depending on creative mandates and production timelines. Influencers with over a million followers would also tend to tend to break away from the average price guide.

As Tik Tok is still fairly new, average prices for influencer marketing can vary quite significantly. Some influencers may charge based on the number of views per post, whilst others align their price guide similar to Facebook and Instagram with $25 per post, per 1000 followers.

What are micro and macro influencers?

Micro influencers often have a fanbase of no more than 10,000 followers that speaks to a niche market and generally regarded as an industry expert. Even though their following may not be as big as macro influencers, they usually have a more authentic following and have higher levels of engagement and an affordable price tag.

Perth stylist @lukemeakins_stylist speaks to a niche market and has over 2k followers with an incredible engagement rate of 11.67%.

Macro influencers are generally famous people, either celebrities or social media personalities with a fanbase of anywhere from 250,000 to over 1 million followers. Engaging a macro influencer has the potential to increase brand awareness as the reach of macro influencers would be phenomenal. However, as a result of the reach comes with a higher price tag and generally a lower rate of engagement.

With over 177M followers on Instagram, @kimkardashian reportedly charges up to $500,000USD for an Instagram photo even though her engagement rate is as low as 1.52%.

Also consider if an influencer is already a fan of the brand, they are usually more likely to not charge per post but in return you could arrange to give them free product for free publicity.

In this scenario of Free Influencer Marketing, there would be a few things that you would not have access to such as data or analytics if the influencer chooses that they do not wish to share. It can sometimes build bad relationships as the influencer may feel taken advantage of, however, you will find that this is usually not the case when the influencer is already a fan of the brand.

Always do your research and understand the market that you are speaking to to get the best ROI on influencer marketing. Don’t be afraid to ask for  information from influencers such as, their own metrics, what they have previously done with other brands, insights from those collaborations and even down to daily engaged followers and demographics of followers.

Evaluate each potential influencer individually and use the data to drive your decisions. Asking these questions can help determine the price tag as this will generally vary from influencers to influencer.

So there you go, hopefully you have some insight into how much to pay influencers in 2020.

If you want to learn more, check out our Working with Influencers webinar. 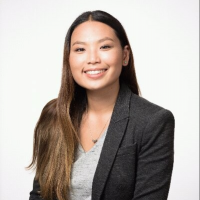 Louisa Choi
View More Posts
Louisa is from Copenhagen, Denmark and graduated from the University of Manchester, UK. She is currently working in the tourism and hospitality sector in Perth as an Events and Marketing Manager. Louisa contributes towards Coffey & Tea's social media platforms and to Social Media Perth.