Welcome to the second instalment of Intern-al Issues, our fortnightly blog from our intern Michael. Enjoy!

The world as we know it changed. Facebook has unleashed its new Reactions feature on us all, so now everyone can instantly respond to posts with an array of emotions in place of the iconic thumbs up. Love, Haha, Wow, Sad and Angry are the new kids in town, and I am kinda nervous about it. To be honest, I actually liked living in Facebook’s world of slightly forced positivity. Sure people can chuck a tanty from time to time, posting things they shouldn’t, but the social network always made sure it took more effort to be negative. I almost felt a little safe knowing the easiest response to a post, the simple Like button, could ever only deliver me good vibes. Surely the worst trolls would even think twice about taking the extra time to, gasp, comment on my post, right?

Apparently Facebook wants to increase engagement from all spectrums of opinion and feelings by slashing the time it takes to respond. As they say, controversy sells right? Without the extra effort at stake a troll can ruin a couple’s wedding photo debut by ‘reacting’ with Angry; placing a red frowny face right next to the Like symbol. Is it Facebook’s intention to pit positive and negative opinions against one another, in the style of YouTube’s like/dislike bar, in order to increase our time on the site? If I saw a decent post with too many negative reactions I would feel more inclined to respond with a positive one, after all. I recall people got angry a while back when Facebook skewed user’s News Feeds to be more depressing as part of a research project – is this not the same thing? By suddenly opening the doors to their bastion of positivity with Reactions isn’t Facebook just getting us to do the research they promised us they would no longer do themselves?

‘Everyone’s had one of these posts in News Feed where they’re like, I want to respond in some way, but ‘like’ doesn’t feel appropriate at all,” says Tom Alison, director of engineering for Facebook’s News Feed. Yeah we have, but on the English version of Facebook at least the ‘Like’ button’s meaning is universally accepted as being adaptable to the context of the post it sits under. If it sits underneath something cool, clicking it means to give kudos. If it sits underneath something sad, those that dare to click it are expressing sympathy. If it sits under something said in anger or protest, clicking it means to show support for the cause, rather than ‘liking’ the mistreatment of our flora or fauna, for example. The Like button allows us to respond quickly in a way that is contextually supportive of the poster, with a degree of anonymity granted by the counter, and without adding fuel to the fire where the case may be. 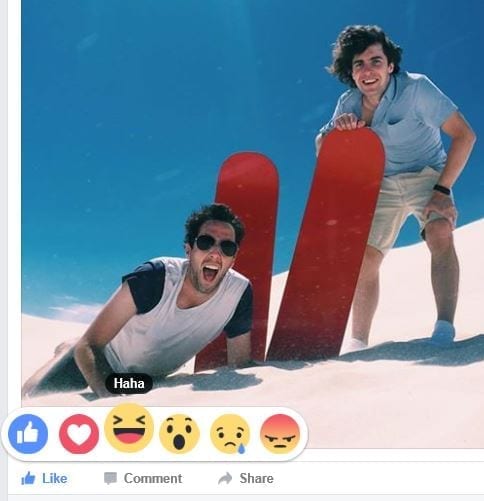 I would argue that this set up forced more negative points of view into the comments, and rightfully so. In this section users cannot hide their negativity behind the click of a button, and must justify themselves if they don’t want to come across as a jackass. I have found in the stream of posts from friends and family the phrase ‘If you have nothing nice to say, don’t say anything at all’ often prevails in preventing hugely negative exchanges in the comment sections. Of course the exposure on more public posts from Pages still seems to incite a lot of negative responses, on the other hand, as users  find themselves less accountable in exchanges with digital strangers. But for arguments sake, our personal feeds are where we care about reactions the most, so Reactions will hit us the hardest here.

I fear by offering an array of emotions at the click of a button we will actually see less commenting on posts, as there will be less reason to justify and debate, and the more positive Reactions may mean even less of the 1-3 word positive comments like ‘Awesome!’ and ‘Congratulations!’. These comments may not have added too much to the conversation, but they did open the door for commenters who are afraid of being the one to get the ball rolling.

I get why Facebook is going ahead with Reactions, I really do. I know for a fact in other languages the Like button’s translation isn’t nearly as adaptable to different contexts, and it is a nice stop-gap solution to appease all those Negative Nellies calling for a ‘Dislike’ button. But I can’t help but feel that with the introduction of Reactions we are going to witness a decrease in the quality and quantity of comments, coupled with more frequent negative responses to posts that ultimately will lead to a change in the way we post, and how frequently we do so.

Will I crawl up into a ball and cry when I receive my first angry emoticon below a post? Probably not, but it will probably hurt more than the times I have received no engagement at all. Facebook is growing up, and even though they wrapped us up in cotton wool for so long, I guess they are asking us to grow up now too. Saddle up guys, it’s the Wild West now, and we are in for an interesting ride. 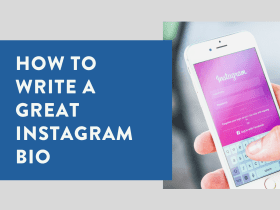 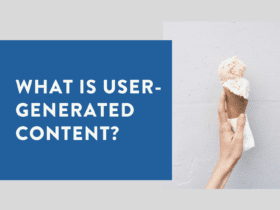