Facebook is set to release ‘Oculus GO’ in early 2018. The device is a stand-alone, all-in-one, virtual-reality headset.

VR headsets haven’t really exploded in popularity just yet, but it is only a matter of time before they do. Mark Zuckerberg has recently said that he “wants to get 1 billion people in virtual reality”. High ambitions by Zuckerberg, but realistic.

I think as a society, we are more prepared to take that leap into virtual reality then we already know. The convergence of social media and VR still begs many questions and no one fully understands how it will mesh with our lives, but it certainly has the potential to create a new human experience in the digital world. What will those experiences be? Will they take over real-life participation?

There are some things that happen in real life that don’t quite replicate in the digital world, and vice versa. Let’s take Donald Trump for example. President Donald Trump has recently expressed his love for Twitter claiming that the social media platform allows him to fire back at his haters, and that without it he may not be sitting upon the White House iron throne. When talking about how he deals with “fake media” posted about him Trump claims;

“when somebody says something about me, I am able to go bing, bing, bing and I take care of it. The other way, I would never be able to get the word out.” 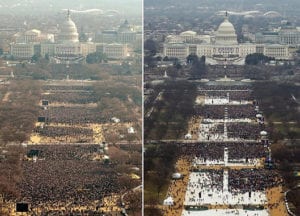 It really is a peculiar statement when you think about it. In a digital domain Trump proved to be successful during the last presidential election campaign. But when it came time for his inaugural parade at the White House, numbers were drastically down from previous parades. Could this be the beginning of our desire to live our lives in virtual reality? Were there more Trump supporters in Washington who just didn’t attend the parade, who were happy to participate online but that was it?

In a recent demonstration of Oculus GO, Mark Zuckerberg received criticism for the way he demonstrated the technology. Zuckerberg and Facebook VR chief Rachel Franklin, live streamed their VR experience highlighting the devastating effects the hurricanes in Puerto Rico have had on the city. Facebook were trying to highlight the charity work they were doing in Puerto Rico, including a $1.5 million-dollar donation. But it was the VR stream with a smiling Mark Zuckerberg cartoon avatar that didn’t sit too well with viewers as they were shown footage of a devastated community.

A day after live streaming his VR experience Zuckerberg put out a statement saying;

“When you’re in VR yourself, the surroundings feel quite real. But that sense of empathy doesn’t extend well to people watching you as a virtual character on a 2D screen. That’s something we’ll need to work on over time.”

It appears we are stuck in a confusing time regarding VR, social media and real life. No one is quite sure how they will inter-twine and work together. As Zuckerberg says it is something that will need to be worked on over time. Smiling avatars aside, I for one will be intrigued to see how it changes the way we participate online and in real life.

Who knows, maybe all the Trump supporters who didn’t attend the White house parade will be the first in line to purchase their Ocular GO headset to take a tour of the president’s office. 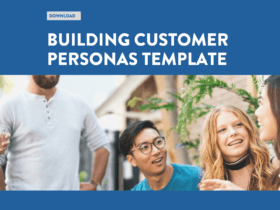