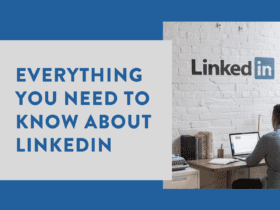 LinkedIn Marketing For Business // All The Resources

It’s incredible how the world of social media influencers has grown since the launch of Pay Per Post in 2006 and thus began the movement that has been growing year on year.

One of the questions most asked about influencer marketing within social media, is whether it is seen to be effective and the overall consensus has seen it to be highly effective when done right.

71% of marketers have seen that through social media influencers, the quality of customers and traffic are seemingly to be better and the return of investment (ROI) have come back higher than from other marketing sources.

But in the midst of this booming industry, it’s always a good idea to take precautions before deep diving into a partnership where your ROI of influencer marketing  could be at risk. The truth is that there are fake influencers out there and it is in your best interest to seek out the most appropriate social media influencers to represent your brand.

‘Fake’ influencers can certainly slip under the radar when you don’t do your research and their social media platforms can tick all the boxes until you read between the lines.

High quality images can be seen throughout their platform and the following could be extremely high but in some cases the numbers do not seem to match.

Engagement is extremely important, as it shows how meaningful the influence is over a real audience, so when numbers don’t match, it could be that the engagement we see is actually through bots and bought followers to boost those numbers for the appeal at first glance. In other cases, it could be a group of people who have created a fake account and conjured up a persona that does not exist.

Mediakix even conducted an experiment to see how easy it is to become a fake influencer and even secure brand endorsements and partnerships. By doing this experiment they were able to prove how easy it is for brands to fall victim to influencer fraud and see no return on their investments and that is why you should always do your research.

Now we understand what a fake influencer is and how they can be financially damaging to your business and even possibly misrepresent your brand. It’s time to spot the difference.

Here are a few tips and tricks to spot a fake influencer:

As touched on earlier, do the numbers add up? Maybe this manual formula could help:

Analyse the quality of engagement

It is quite easy to buy fake engagement these days or even participate in engagement pods to bring up their engagement rates. This means it could be necessary to do some hands-on analysis and go through their comments as non-meaningful engagement could include the overuse of emoji-only comments and generic comments across a number of posts.

Analyse the quality of their audience

Having a look into who their audience are can help differentiate between bots and real followers. It can also tell you a lot about how authentic their influence is over their audience. It is important to also understand that every social media profile is unknowingly susceptible to bot followers so you can’t expect 100% authentic following every time.

Keep a record of ‘blacklisted influencers’

Don’t let all that hard work go to waste! Keep a record of ‘blacklisted influencers’ along with their handles, reasons why you blacklisted them, the date this analysis was formed, etc. This can help save time and reduce some stress when launching a marketing campaign.

It can sometimes be a lengthy process to identify the genuine influencers from the fake influencers but over time you will certainly see the benefits.

Want to learn more about working with influencers?
Check out our Influencer Outreach webinar.