Let’s look back on how far we’ve come in social media history.

For better or worse, the platforms you know and love have changed the world. But what social media moments mattered most?

As marketers, we think of social media as a platform to build relationships with our customers and increase brand awareness. And it still is! But it’s superpowers are much stronger than that!

It’s changed the lives of modern society; from how we do business, how we are entertained, how we interact with each other and yes, how we are governed.

Here are 10 important social media moments in history over the last 20 years.

What started as a college experiment has transformed the way we keep in touch with people, the way we share our lives and how we consume content. Not only has it inspired a film but Mark Zuckerberg’s Facebook has influenced American politics, provided a platform for cyberbullying, re-wrote the book on how businesses talk to consumers and even changed the meaning of everyday words.

More than 1.79 billion people visit Facebook daily, connecting more people than any business or platform ever has.

Obama won nearly 70% of the vote of Americans under the age of 25 by his team successfully meeting the voters on the platforms (Facebook, YouTube, blogs) they were using as a “grassroots” style campaign.

Everything that had traditionally been done offline for previous campaigns was moved online, utilising social media to contact volunteers, drive donations, promoting rallies and announcing policies.

This election gave rise to the “online political user” with a poll discovering that 74% of internet users went online during the election to find out the latest news and information.

While many people relied on traditional media for news, there was a lack of information from the affected areas. Users turned to Twitter to get up to date information but to also rally support.

Social media was used to promote donations; users were able to text “Haiti” to a specialised Red Cross number, where it would add $10 to their phone bill and aid relief. It resulted in $8 million in donations in just a few days.

In January 2011 the world watched as Egyptian residents protested for the removal of their authoritarian President.

After the successful revolution in Tunisia, organisers in Egypt created a Facebook event calling people to join them in the streets on January 25. The event also featured information on where the protest was being held but also numbers of human rights lawyers.

During the protest, activists were using Twitter to send live updates and provide information where the demonstrators were travelling and areas people needed to avoid.

On January 28 the protests returned with even larger numbers than the first.

Beginning in September 2011 as a movement to protest income inequality and corruption became one of the largest grassroots protests in the United States.

Participants of the protest used Twitter to share information, create a unified community and mobilise other individuals to participate in a physical space of protest. By using Twitter, it created a sense of solidarity between those on the ground protesting and those following online events from a distance.

The 2014 viral challenge that saw people pour freezing cold water over their head is one of the biggest social media campaigns ever.

Donations for the ALS Ice Bucket Challenge saw $100 million raised versus the previous year and funded a scientific gene breakthrough in the progressive neurodegenerative disease.

The reason for the success of the challenge was that it was not open-ended; people nominated friends and family to participate, which increased the momentum of the campaign.

It was a simple, unique, creative, easy (you need a bucket, ice and a phone) campaign that captured the world at a specific moment and as we’ve discovered, not easy to replicate.

The 2014 Academy Award “selfie” is a reminder of the power of the internet to spread media at a rapid rate!

During the telecast, host of the evening Ellen Degeneres organised a selfie with significant stars on her Samsung phone. After taking it and posting it to Twitter, she encouraged the audience watching at home to retweet the image. The viral moment wasn’t entirely organic, Samsung was a major sponsor, but it the combination of traditional media (broadcast television) and new media (Twitter), where viewers were drawn to go online for a specific action.

In just 45 minutes it became the most retweeted post on Twitter until 2017 when a Nevada teenager’s plea for free chicken nuggets took the crown.

Footage of George Floyd’s murder was captured by a bystander and went viral on Facebook. While this is extremely traumatic for many Black people, the video made the issue of racism, white privilege and police brutality top of mind while many in the U.S. were at home in isolation due to COVID-19.

Social media changed the narrative of George Floyd’s death; the raw and heartbreaking footage was accessible for people to watch in full, versus what the mainstream media can show on television due to violence restrictions.

The 2016 U.S. presidential election was marked by the growing number of fake news stories that circulated on social media platforms.

In 2016, 62% of U.S. adults received their news from social media. While misinformation has always existed, online platforms had never been more influential than the traditional gatekeepers of news.

The way the algorithm on Facebook works is that the more a user clicks and likes certain content that resonates with their own world, the more Facebook will show you similar posts. This helped drive misinformation on both sides and divide the political narrative.

Lockdown and travel restrictions due to the COVID-19 pandemic turned to the internet and social media to entertain, interact and work. Talk about a moment in social media history!

People didn’t want to send text messages to each other; they wanted to see each other. People found new ways to connect with Zoom, Houseparty, Google Duo and Facetime increasing in popularity.

As people began working from home, Zoom, Slack, Google Hangouts and Microsoft Teams were the new normal and raised the question of the need for office space.

By people posting on Facebook, Twitter, Instagram and TikTok during COVID, people in the future will be able to learn precisely how events unfolded and how types of groups (economic status, countries, cities) suffered through the pandemic.

What have we missed? Tell us the other historic social media moments in the comments… 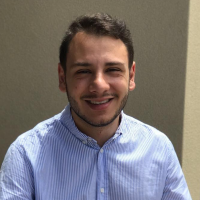