New technology is advancing at an increasing rate and people are now comfortable with the idea that it is normal to wear devices to enrich reality.

Virtual Reality and Augmented Reality both serve to enhance the daily lives of consumers.

With virtual reality apps consumers can explore rare places that they would never normally see in their everyday lives. People can use this technology to view the deepest parts of the ocean, the middle of the rain forests or other planets. They can climb Mt Everest or dive deep to the bottom of the Mariana Trench.

Virtual Reality (VR) is a computer generated simulation that is based on a real life environment. It immerses the user into the “Virtual World” and it is like they are experiencing it for real. In todays society it is mostly used for gaming with specific games being designed especially for consumers.

Last year the market was worth 1.9 billion dollars and it is expected to climb to over 20 billion by 2020. Virtual Reality is primarily used for showcasing content to consumers. Most of the programs associated with VR are 360 degrees so you can really feel what it is like in a specific scenario once you put the headset on.

VR mostly uses your vision and hearing to get the best possible interaction out of its designated user. Two of the most popular VR technologies that are available to purchase are the Sony PlayStation VR and the Oculus Rift. These products are mainly used for gaming, training purposes and science purposes.

Augmented Reality (AR) is a technology that mixes computer generated enhancements with real life. AR is being engineered into phone apps and used on mobile devices to blend digital components with the real world. This can enhance what you see but the technology can also be viewed apart easily as it is not real life. Augmented Reality is primarily used for real world scenarios.

In 2016, Niantic developed Pokémon Go. A game which uses elements of the real world They used this piece of technology so well that everyone was exercising, going out to the park and having fun. It is evident that if companies can use these features wisely, then who knows how popular it could become.

Another company which utilises AR to its advantage is Ikea. They have recently launched their new app, Ikea Place. This works similarly to Pokemon Go, where you aim your phone against a wall in your house. From there you can select furniture from the app to place in your home to see if it fits and looks good. This saves the consumer time, money and effort. This is a great idea for people who are unsure of a product and if it will match their home surroundings.

The Future of VR and AR

Gary Vaynerchuk says “We are currently in the dawn of VR making that kind of impact on our society and it has me very excited.” The technology has the capabilities to educate people on a much bigger scale.

In the next decade as the technology becomes easier and affordable to use, people will start to use it in their daily lives. Apple is now currently working on a device that will incorporate AR and VR in the one headset. This will be a massive advancement in the technology.

The possibilities for the next few years of VR and AR will be incredible to witness as a lot of people and companies are predicting a big future for these products.  They both will become very important in the next few years. 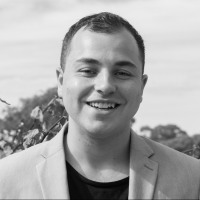