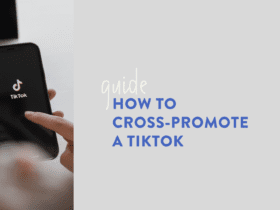 How to cross-promote a TikTok

These brands will inspire your TikTok strategy

Brands on TikTok are enjoying levels of audience engagement and participation that we haven’t seen on social media in quite some time.

TikTok has taken the world by storm, with one billion users and a presence in over 150 countries. In 2020, the creative platform had over 800 million monthly active users and was the most downloaded app globally. It’s not too late for your company to join the TikTok revolution.

Here are what some of the best TikTok brands are up to, as well as some strategic insights you can apply to your own brand’s TikTok strategy!

Since joining in May of 2019, The Washington Post has amassed one million followers and over 42 million likes, making them one of the most popular companies on the platform. They’re a one-of-a-kind TikTok brand since they have a spokesperson named “Dave” who appears in most of their humorous videos and is known as the ‘Washington Post TikTok guy’. By using a brand mascot into your TikToks, your audience begin to recognise them, helps to establish a connection and promotes brand consistency in your videos.\

Don’t have time or budget to dedicate to TikTok? Take inspiration from the San Diego Zoo who use raw video content of their animals, made enjoyable when paired with the right music, giving the videos a fun personality and elevating it to a new level. San Diego Zoo’s strategy is to post regularly on TikTok, giving them a consistent inflow of new followers.

The American fast-food is on of the brands on TikTok whose audience values a goofier and slapstick sense of humour, evident in their TikTok content. Chipotle experiments on the platform a ton; they re-sharing their customer’s TikTok videos and host several challenges (including #GuacDance and #ChipotleLidFlip) aimed to go virtual. Chipotle’s customers are primarily a younger generation who were already commenting about the company on TikTok, so becoming active on the platform made sense. If your target demographic isn’t primarily Gen Z and Millennials, TikTok shouldn’t be your primary social media channel.

The video game Fortnite created the #EmoteRoyaleContest took the hashtag challenge to a new level, asking followers to make a celebratory dance that could end up in the game as a new emote. Because the prize was so valuable, this challenge compelled their audience to take action. If you want to engage your TikTok audience with a challenge, make sure there’s something worthwhile in it for them. Otherwise, it’ll be a waste of time.

Of all the brands on TikTok, the budget airline is extremely quick to trends that have made their TikTok content amusing, exciting and appealing to Gen Z. One of their videos has 1.3 million views and is simply a jet flying across the sky. The video is accompanied by viral sounds and text memes, two powerful ingredients for delivering an effortless viral video. So be sure to pay attention to the popular sounds and trends on the platform.

User-generated content has worked well for Netflix, with over 112,000 people using their #WhatsYourPower AR branded effect, the most significant amount of UGC for any brand on TikTok so far. The effect allowed users to decide what their superpowers were. People quickly participated and promoted the campaign because the outcomes were unique to each user and reflected their personalities. 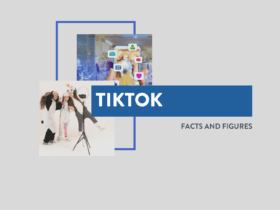 Here's the ultimate list of TikTok Statistics that you need to know in 2022. We've scoured the web and put everything we could into one complete record.

But where do you start? Well, luckily for you, we’ve put together a list of 5 TikTok trends to watch in 2022. 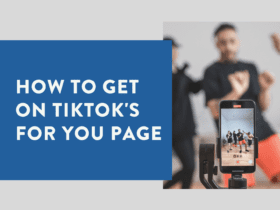 How to get on TikTok’s For You Page

TikTok’s For You page might just be the most sought-after target in all of social media at the moment, but how do you get your content there? 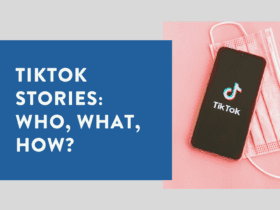 TikTok Stories: Who, What, How?

TikTok stories as a feature seems like a strange move from the platform, but what does it look like, who's it for, and does it work?