Sometimes I think I know what is cool. What’s woke, dope and down with the kids.

However, some of you may be surprised to know that occasionally I miss the mark.

As an individual, thinking your sequinned bumbag and Von Dutch trucker hat combo is on fleek when itâ€™s not, is embarrassing. But what does this mean for a company? Especially one whose livelihood relies on their brand?

First thing you need to ask is, â€œdoes my brand need to be cool?â€ Sorry IGA, but you donâ€™t need to be totally lit. You need to sell me cheap pineapples and quality lamb cutlets.Â

Sure, if your brand needs to be cool AF, then go for it. I recommend reading Googleâ€™s audit of what teenagers think is cool from last year. Try also talking to, and consuming media, your target audience loves. And always do test marketing, even if itâ€™s a few people. 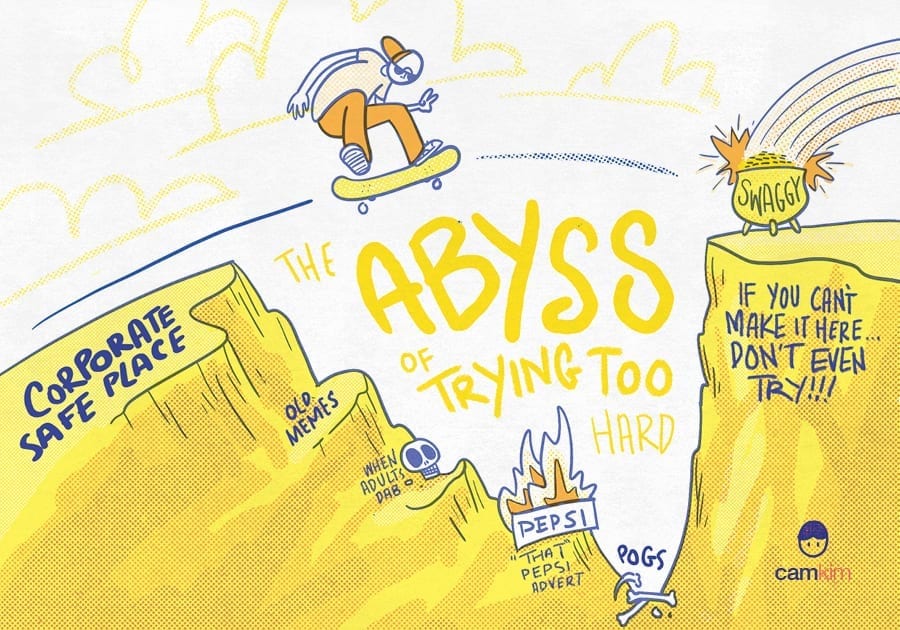 Trying too hard when your brand doesnâ€™t need it, wonâ€™t only be not worth the effort but it could also backfire. The cool kids can spot if something isnâ€™t legit a mile off. When something doesnâ€™t seem genuine, it becomes a target and okay to be teased. Case in point, Pepsi + Kendall Jenner.

And remember, sometimes being who you are is what makes people think you are totes amazeballs. Does a tourism campaign need to be totally crunk? Or should it just show the experience of visiting somewhere amazing? Does a local shopping centre need to be all hella cool? Or would it better benefit from reminding people they are nearby? 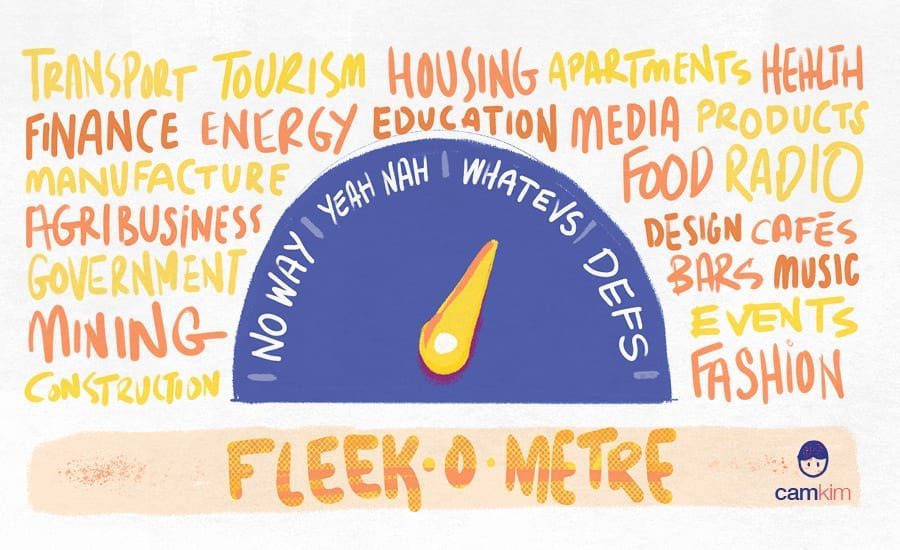 Drop the FOMO and embrace the JOMO. Because that shiz is FR.

Kowabunga â€“ Fairly tubular, but not quite gnarly (see Crunk)

Woke â€“ Understanding, but in a cool way

On fleek â€“ I really have no clue what this means

Legit â€“ So legitimate that you are unable to quit

Crunk â€“ Quite grnarly, but not so much tubular (see Kowabunga)

FOMO â€“ Fear of missing out

JOMO â€“ Joy of missing out

Can you think of any examples of when a brand has tried too hard and missed the mark? We would love to hear from you in the comments!