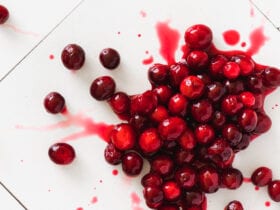 Viral marketing: When to jump on a viral moment

Many businesses view social media with suspicion – particularly those with legal departments.

The temptation is to approach social media cautiously, with as many rules and protections in place as the fine print can hold. But this can backfire, spectacularly.

To many brands, social media must seem like the wild west, far beyond the safe confines of the brand’s owned and controlled spaces. Naturally, therefore, many brands attempt to stretch their own terms, policies and restrictions into online spaces that just don’t behave in the same way.

A social media audience is like soap; grip it too hard and it slips out of your grasp completely.

Disney recently learned this lesson while promoting the arrival on its Disney Plus streaming platform of the final Star Wars film on May 4th.

For those of you less geeky than myself, May the 4th has long been treated by fans as an unofficial Star Wars day, punning on a famous line from the films (“May the force be with you”). Each year, the hashtags are usually very active with fans finding ways to celebrate their love of the films. And, since 2013, Disney has supported Star Wars day with special events and promotions, such as Disneyland marking the occasion with specially themed rides and merchandise in 2018.

So far, so good. But the problem lay with the second tweet in this thread.

Fans and Twitter users in general were surprised to see Disney declaring it would effectively retain the right to use any and all tweets that used the #Maythe4th hashtag – a hashtag Disney didn’t even create.

Naturally, the backlash was fast and fierce, with plenty of ridicule. Disney ended up looking out of touch, unnecessarily officious and extremely unsociable – exactly what their promotion needed to avoid if it was to work.

Plus, Disney was extremely vague about how it intended to use the tweets. While a competition might be expected to include a link to Ts and Cs, this promotion merely hinted that some tweets may appear “somewhere special”.

According to Twitter’s Terms of Service, “[y]ou retain your rights to any Content you submit, post or display on or through the Services. What’s yours is yours — you own your Content (and your photos and videos are part of the Content)”. Basically, if I write a particularly witty tweet, you can’t take my words and stick them on a t-shirt, which is fair enough.

BUT … the Terms of Service also start that, by using Twitter, you authorise the platform “to make your Content available to the rest of the world and to let others do the same.” Otherwise, Twitter couldn’t function. In short, other users are able to retweet, redistribute and even embed tweets into websites without breaching your copyright – which is how news websites are able to include screenshots and embedded tweets in their articles. The author of the tweet is still credited; it’s still the same tweet.

So, if Disney intended to showcase some tweets on its website, for example, the additional legalese was probably unnecessary.

I’m assuming Disney wasn’t planning a new line of t-shirts emblazoned with fan tweets, so it will be interesting to find out why they felt the need to lay claim to all content posted to the hashtag in such an authoritarian fashion.

Five hours after the initial tweets had stirred up the fans, the @disneyplus account tweeted a clarification.

This seems to be an attempt to diffuse a situation rapidly spiralling out of control. It certainly feels like a new caveat conceived in a hurry to help defuse a promotion that was quickly turning into a PR fail. But by then, any attempt to put the mess back in the box was already too late.

Control doesn’t always mean exerting a tight grip. To hold a bar of soap in the shower, we grip it lightly, not tightly. A light touch doesn’t mean you have less control of a situation, just like a light touch approach to social media isn’t a lax attitude to brand communications. In fact. You may fine social media audiences respond better to an open, relaxed grip than with a highly regimented and rigid approach.

And the result may leave your business looking a little less dirty too. 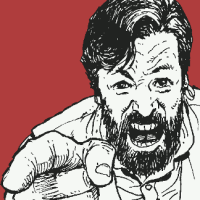