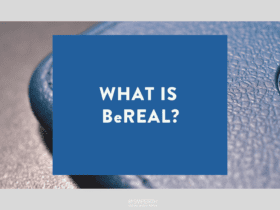 How do you do, fellow kids?

Like any new social media app that gains traction worldwide, BeReal was destined to be filled with brands trying to jump on the hype and reach new audiences.

Brands will always be interested in new platforms, especially when they’re as popular as BeReal. If there’s money to be made and audiences to influence, brands will inevitably find a way to do just that.

However, for an app like BeReal, is this really what we want?

Let’s take a closer look at BeReal and see if we can figure out whether or not brands using the new app is a good or bad thing.

We’ve already deep-dived into what is BeReal, but let’s break it down again here.

Here’s exactly how the team at BeReal describes their app, “Every day at a different time, everyone is notified simultaneously to capture and share a Photo in 2 Minutes. A new way and unique way to discover who your friends are in their daily life.”

BeReal is meant to be spontaneous

While BeReal may have started with the purest intentions, to strip back the artifice from social media, it was only a matter of time before brands and influencers figured out a way to curate and plan content for the platform.

Just imagine the stress of a marketing coordinator in charge of a brand’s BeReal content, every day filled with anxiety as you wait for that ominous two-minute window.

Here’s what Coffey & Tea managing director Meg Coffey had to say about the influx of brands using BeReal, “To be honest, and for lack of a better word, brands on BeReal are kind of cringe. Brands spend so much time and energy creating a specific identity and presence on social media, and BeReal isn’t the place for that. It’s meant to be fun, authentic, and spontaneous.”

Can BeReal ever truly be real?

On the surface, BeReal seems like the perfect response to apps like Instagram and Facebook, which are often described as personal highlight reels, but can BeReal ever truly be as authentic as it aspires to be?

When it comes to doing social media “right,” BeReal currently ticks a few boxes. As it stands, BeReal features no filters, no paid advertising, and no like button.

Will BeReal stay committed to its mission of authenticity? Only time will tell. Remember when Facebook didn’t have ads? Us, too.

Cynicism aside, we have our fingers crossed that BeReal can make some positive change in the world of social media, and brands using BeReal won’t catch on.

People want authenticity, or do they?

People have been calling for more authenticity and honesty on social media for as long as we can remember.

In recent years, the rapid increase in misinformation and bots online has seen the social media landscape shift dramatically and calls for more regulation and accountability are increasing daily.

However, while there are certainly more calls for authenticity on social media, the rise of deepfake technology, virtual reality, and artificial intelligence has made navigating the social media landscape more challenging than ever. You only need to look as far as AI art to see technology’s potential to deceive.

BeReal certainly isn’t the first app to encourage people to live in the moment, and it won’t be the last. The jury’s still out on whether or not apps like David Dobrik’s Dispo will ever catch on.

Despite being downloaded more than 53 million times since launching in 2020, only 9% of BeReal users open the app daily.

A daily open rate of just 9% surely begs the question: are people all that interested in “real” content? More brands using BeReal would certainly help this open rate.

We all know that social media isn’t reality, and maybe that’s the point.

Good intentions aside, there’s surely a question hanging over the heads of BeReal’s creators: can the app even survive without brands using BeReal?

If you’re considering BeReal for your brand, our recommendation is simple: don’t.

How do you feel about brands using BeReal? Let us know your thoughts in the comments below! 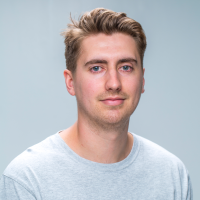 BeReal is a real-time photo-sharing app where users post one photo to show their followers what they are doing at a random time each day.