Looking for up to date Twitter Stats? Check out our 2020 Facts & Figures.

Not that long ago, the only thing that used to ‘tweet’ was a bird.

Now we have celebrities, influencers and even world leaders jotting down their thoughts in 280 characters (up from 140, apparently people have a lot to say) Twitter has definitely come a long way and doesn’t plan on slowing down any time soon.

1. 1.3 billion Twitter accounts have been created
2. 6,000 tweets are sent per second.
3. Around 4,000 people work at Twitter HQ.
4. A days worth of tweets would fill a 10 million page book.
5. The average number of followers on Twitter is 707.
6. 10 tweets per second mention Starbucks.
7. The most followed person on Twitter? Katy Perry, with 106 million followers.
8. Twitter can handle the capacity of 18 quintillion user accounts.
9. 500 million people visit the site without logging in.
10. 80% of active users access Twitter on their mobile.

21. Journalists make up around 25% of verified accounts.
22. The name of the social network was originally called ‘Twttr’
23. There are 181,354 people on Twitter who have the words ‘social media’ in their bio.
24. The official Twitter account for Sweden is run by a different citizen every week.
25. Around 23 million accounts are fake, spam bots.
26. Tweets with images get 150% more re-tweets.
27. The most followed brand on Twitter is YouTube.
28. Users used to be known as ‘Twitterers’.
29. Twitter’s revenue per employee is around $500,000 USD.
30. 500 million tweets are sent each day.

31. 40 languages are supported on Twitter
32. 93% of Twitter videos are viewed on mobile devices.
33. Twitter serves more than 2 billion search queries a day.
34. 74% of users say they use Twitter to get their news.
35. Three of the five richest people have a verified Twitter account; shoutout to Bill Gates, Warren Buffet and Larry Ellison.
36. 391 million Twitter accounts have no followers.
37. 48% of employees at Twitter are engineers.
38. The first user to hit 1 million followers was Ashton Kutcher.
39. Seven of the 10 most followed accounts belong to singers.
40. The most re-tweeted tweet is Ellen Degeneres’ famous Oscar selfie.

41. Twitter won’t allow you to follow more than 2,000 people unless you have 2,000 followers.
42. Almost 66% of businesses who have 100 or more employees have a Twitter account.
43. Even though Twitter is blocked in China, it’s estimated that there are still around 10 million active users.
44. 276 world leaders are active on Twitter (and we all know who just HAS to be heard on Twitter, *eye roll*)
45. Approximately 300,000 Twitter accounts are verified.
46. 70 million accounts were suspended after a cleanup of the site in 2018.
47. There are around 160,000 active advertisers on Twitter.
48. Over 40% of millennials use Twitter every month.
49. 41% of people bought a product they saw advertised on Twitter within the last 30 days.
50. There are around 330 million monthly active users on Twitter!

If you’re keen to learn more about social media, make sure to check out our social media masterclasses in Perth and our online social media webinars.

Which Social Media Platform Should You Be Using?

How to respond when someone trolls your social media accounts 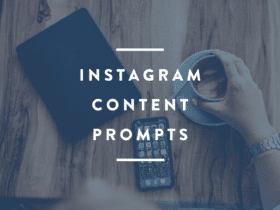 Enjoy the ultimate list of Twitter statistics that you need to know in 2021. We've compiled everything we could find into one complete record!

Check out our Twitter stats for 2019. We've handpicked our 10 favourite stats that you need to know! Twitter isn't slowing down any time soon.

We have compiled a list of 12 Australian PR, marketing and journalism pros to follow on Twitter who continuously share relevant industry information to digital marketing and offer expertise advice on how to stay on top of your game.