Welcome to the first post in our new series, Intern-al Issues. Authored by our one and only intern Michael, this column is a fortnightly look at issues in the digital marketing space. Enjoy!

They say Facebook is the social network that is so popular that if you aren’t on it, it’s because you don’t want to be. Twitter on the other hand is the social network everyone knows about, the one that many have tried, but only a few truly get. Those that stick around love it for its constant stream of everything that is happening now, and the power to add to that stream with only a few words. It is simply functional, and simply relevant. Yet Twitter thinks it is time for a change. #palmface

Sohaib Athar, a.k.a. @ReallyVirtual, accidentally showcased the power of Twitter by liveblogging the top secret attempt to assassinate Osama Bin Laden back in 2011. He didn’t know that tweeting about the helicopters hovering above Abbottabad at 1am would lead to what it did, but Twitter’s live stream of consciousness so to speak made it the perfect platform to capture and share the event with the masses. Twitter’s 140 character limit often forces us to be creative with our posts, but it also lowers the barrier to entry. Anyone can post anything at any time, without thinking too much about it. ‘Go away helicopter – before I take out my giant swatter’, Athar casually tweeted, quickly forming the foundation for one of this generation’s most important online conversations. He was soon connecting with other Twitter users, quickly learning ‘one of the copters was not Pakistani’…and the rest is history, as they say.

Twitter has become a household name for where the stories break, so much so 140 characters has quickly become the modern day press release. Yesterday the internet was in uproar over technical issues tarnishing Adele’s performance at the Grammy Awards. Back in the day her management would have released a carefully worded statement praising the singer for getting through it, and somehow try to convince us to buy 10 more copies of 25 in the process. In 2015 one sentence tweeting about a fallen microphone sparked thousands of news articles, many suggesting they had the inside scoop from Adele. All simply linked to Twitter, however, and with a few button presses the platform set the world on fire once more.

With all this praise you might think Twitter is doing great. It’s really not, though. At least not for its management team who are trying to turn a profit. The platform is still losing tens of millions of dollars, and depending on which figures you look at its active user base has either remained stagnant at 350 million or even fallen a little. In a letter to investors the company said ‘We are going to fix the broken windows and confusing parts’ in an attempt to grow their $$$, with their controversial algorithmic timeline standing centre stage in this plan.

This new timeline, based on the platform’s ‘while you were away’ feature, will prioritise tweets in your feed based on their popularity and how regularly you interact with the person tweeting them, and will not appear in chronological order. Twitter…are you nuts?

Your core users are not coming to you to see the content they missed while they were away. They are coming to you to see what is happening now. News breaks in short on Twitter, and trickles out to form more in depth features on other platforms. If I am to assess the platform on this merit, the algorithm’s top picks for what is relevant enough to appear first for me will never actually be relevant, as what is the most relevant for me on Twitter is what is happening right now. If I want news on something that happened ‘while I was away’ I will go elsewhere for more than a 140 characters analysis. I might stick around for the conversation, but even that conversation is best had at the time the event or topic is happening.

Would the algorithm have chosen to highlight Adele’s post about the mic issue for me? Maybe. But how would the algorithm pick up stories like the raid on Osama from average users tweeting on the ground? It wouldn’t, at least not until an influential figure like Obama makes it relevant. By pushing these live, on the ground tweets further down the page, effectively diluting them in favour of curated content we are actually walking all over what makes this platform great. And what the core users of Twitter, who by some measure have still stuck around, have shown they love.

It doesn’t have to always be about massive growth, Twitter. Instead of chasing the dream of other social networks, accept who you are –what you are good at- and work it. Let Facebook have the cake; just make sure we get better at always eating the first slice. 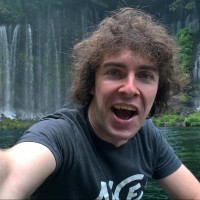